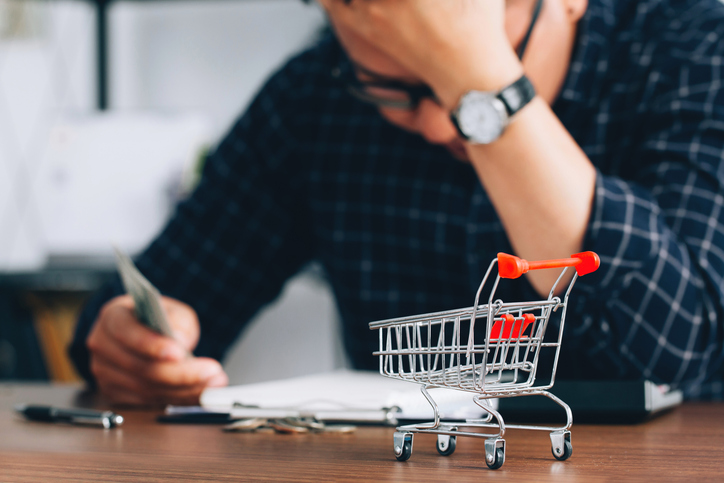 The government has pushed back the date of its much-anticipated Medium-Term Fiscal Plan in order to ensure it is based on the “most accurate” economic forecasts available.

Chancellor Jeremy Hunt had been due to deliver his first fiscal statement detailing how the government plans to repair the country’s public finances on 31 October, but following Rishi Sunak’s appointment as Prime Minister, it was decided to move the announcement back by two-and-a-half weeks.

The fiscal event, which will now be delivered on 17 November, has also been upgraded to a full Autumn Statement, paving the way for wider taxation policies to be announced. The Chancellor’s tax and spending plans will also be accompanied by updated economic growth and borrowing forecasts produced by the independent Office for Budget Responsibility (OBR).

When announcing the postponement, Mr Hunt said, “Our number one priority is economic stability and restoring confidence that the United Kingdom is a country that pays its way. I’m willing to make choices that are politically embarrassing if they’re the right thing to do for the country, if they’re in the national interest.”

Financial markets were relatively calm after the news broke with analysts describing the delay as understandable, and both sterling and government bond prices were little changed by the announcement. The International Monetary Fund, which had criticised the previous Chancellor’s unfunded tax cuts, offered support to the incoming Prime Minister, with the organisation’s Chief Kristalina Georgieva suggesting Rishi Sunak will bring “fiscal discipline” to the UK.

The Chancellor has been keen to demonstrate his fiscal credentials, reiterating his commitment to “debt falling over the medium term.” This suggests the government will have some tough tax and spending decisions to make in order to fill the budget black hole, with Treasury officials warning people “should not underestimate the scale of this challenge.”

Inflation back at 40-year high

Soaring food prices have pushed the UK inflation rate back to a four-decade high, fuelling expectations of a sharp interest rate hike at the next Bank of England (BoE) Monetary Policy Committee (MPC) meeting in early November.

Data released last month by the Office for National Statistics (ONS) showed that the headline rate of inflation rose to 10.1% in September after dipping to 9.9% in August. This was slightly above analysts’ expectations and took consumer price inflation back to a 40-year high previously hit in July.

The food and non-alcoholic drinks sector was the biggest upward contributor to September’s rise, with prices in this category recording their biggest jump since April 1980. ONS said the price of most key items in an average household’s food basket rose, including fish, sugar, fruit and rice, as the war in Ukraine and recent weakness in the pound made both food products and ingredients more expensive.

This further jump in inflation has placed additional pressure on the BoE to raise interest rates when its next MPC meeting concludes on 3 November. Speaking at a G30 event in Washington in mid-October, Bank Governor Andrew Bailey acknowledged rates may need to rise by more than the BoE had previously envisaged. The Governor said, “We will not hesitate to raise interest rates to meet the inflation target. And, as things stand today, my best guess is that inflationary pressures will require a stronger response than we perhaps thought in August.”

While the Chancellor’s decision to delay his fiscal statement until after the Bank’s November meeting will make policymakers’ deliberations more difficult, analysts still expect them to take decisive action. Indeed, over half of respondents in a recent Reuters poll of economists expect rates to rise by 0.75% in November, with most of the others predicting a 1% increase.

As October drew to a close, UK stock markets benefited from a Halloween rebound. The blue-chip FTSE 100 index closed the month at a five-week high, up 2.91% to 7,094.53, buoyed by gains across Britain’s high street banks, amid expectations of an imminent Bank Rate rise. The FTSE 250 registered a gain of 4.20%, while the FTSE AIM ended October with a small loss of 0.03%.

On the continent, the Euro Stoxx 50 closed the month up 9.02%. Eurozone annual inflation reached a record high of 10.7% in October, ahead of analyst expectations of 10.3%. In Japan, the Nikkei 225 closed October on 27,587.46, up 6.36%. The Bank of Japan has chosen to maintain ultra-low interest rates, bucking the tightening trend among global central banks.

Across the pond, earnings season is in full swing and US markets are awaiting the highly anticipated Federal Reserve rates meeting in early November. Following a challenging September, markets made a comeback in October, with the Dow closing the month up 13.95% on 32,732.95, its best monthly advance since January 1976. Meanwhile the tech-orientated Nasdaq closed October on 10,988.15, up 3.90%.

Gold is currently trading at around $1,639 a troy ounce, a loss of 1.96% on the month. Pressure from anticipated rate hikes, rising yields and the relative strength of the dollar are weighing on the precious metal. Brent Crude closed the month trading at around $91 a barrel, a gain of 7.05%, following a decision by the Organization of the Petroleum Exporting Countries (OPEC+) alliance to make sizable cuts to output from November.

According to the latest gross domestic product (GDP) figures the UK economy shrank by 0.3% in August with output in both the production and services sectors falling back. ONS noted that a number of customer-facing businesses, including retail, hairdressers and hotels, had all fared ‘relatively poorly’ during the month.

August’s figure was significantly weaker than analysts’ expectations, with the consensus from a Reuters poll of economists pointing to zero growth. July’s GDP figure was also revised down to 0.1% from a previous estimate of 0.2%; as a result, output across the three months to August as a whole fell by 0.3%.

Analysts have warned that September could see an even sharper decline, partly due to the extra Bank Holiday to mark the Queen’s funeral and reduction in business opening hours during the period of mourning. Recent survey evidence also suggests the downturn is set to intensify, with October’s preliminary headline reading of S&P Global’s Purchasing Managers’ Index showing the pace of economic decline ‘gathered momentum after the recent political and financial market upheavals.’

The latest labour market statistics showed that the rate of unemployment in the UK declined to its lowest level in nearly 50 years, driven by an increase in the number of people leaving the workforce.

ONS figures showed the unemployment rate fell to 3.5% in the three months to August, its lowest level since December to February 1974. This decline, however, was due to an increase in the number of working-age adults who are neither working nor looking for work.

The economic inactivity rate, which measures the proportion of 16 to 64-year-olds who are not in the labour force, rose to 21.7% in the June to August period, an increase of 0.6 percentage points from the previous quarter. This rise was partly driven by an increase in student numbers, as well as a rise in the number of people suffering with a long-term illness, which rose to a record high.

This resulted in the ratio of unemployed people to job vacancies dropping to a record low, despite the latest data revealing a decline in the total number of vacancies. ONS noted that the fall in vacancies was due to a number of employers reducing recruitment ‘due to a variety of economic pressures.’