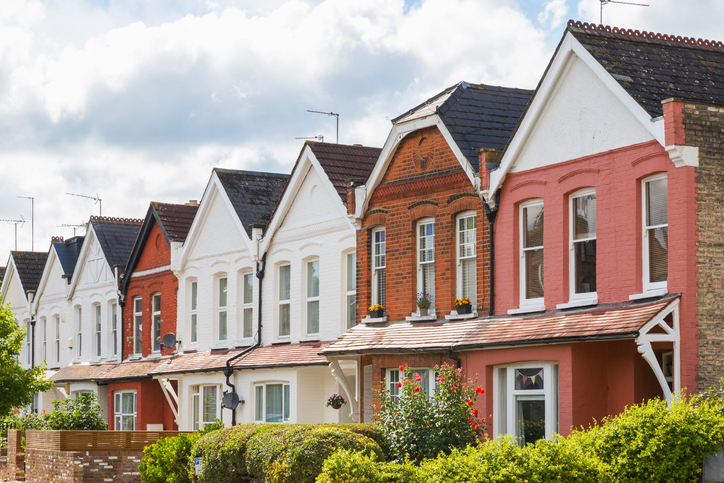 New buyer enquiries fell for a third consecutive month in July, the RICS report showed, with a headline rate of -25%. This is comparable to June’s reading (-27%) and means the market has now endured the longest stretch of falling demand since the early pandemic days. New instructions, meanwhile, remain stagnant, with a net balance of -5%.

The Savills report paints a similarly slowing picture; total transactions recorded by HM Revenue and Customs were 96,000 for June, 13% lower than the pre-pandemic average for the month. Mortgage approvals were also slightly below average, according to the Bank of England.

One key trend noted by Savills is the increased representation of first-time buyers (FTBs) in the mortgage market. Almost 31,000 new loans were granted to FTBs in May, according to UK Finance, while new mortgages for home movers fell by 22%.

A housing crash in 2022 remains unlikely, according to Zoopla, even as house prices come under increased pressure from rising interest rates and living costs.

Despite the pandemic boom, house prices are not as overvalued as they were in previous economic cycles, analysts say. For example, Zoopla’s Richard Donnell points to the tougher rules for getting a mortgage, which “puts the market in a much better position to weather high mortgage rates and the increased cost of living” than in previous downturns.

Furthermore, shifting post-pandemic work patterns can help sustain demand, analysts add. A fifth of people are more likely to move since the pandemic, a Zoopla survey found, while more than half of those expecting to spend more time working from home feel compelled to move. With two-fifths of workers now planning to work mostly from home, according to the Office for National Statistics, that is a sizeable market of potential movers.

One in five landlords could sell up or stop renting their properties, according to research from Paragon Bank, in response to proposed changes to Energy Performance Certificates (EPCs).

From 2025, all newly rented properties will be required to have an EPC rating of C or above, more stringent than the current requirement of E or higher. Recently, Paragon estimated the average cost of upgrading a rented property to a C rating at £10,560.

Existing tenancies will have until 2028 to comply with the change, after which millions of properties could risk becoming unrentable if landlords don’t make necessary changes.

In the face of these new rules, sustainability is becoming a major selling point, according to Rightmove’s Green Homes Report. The report found that the time it takes to sell a property is faster for homes with the highest EPC ratings.