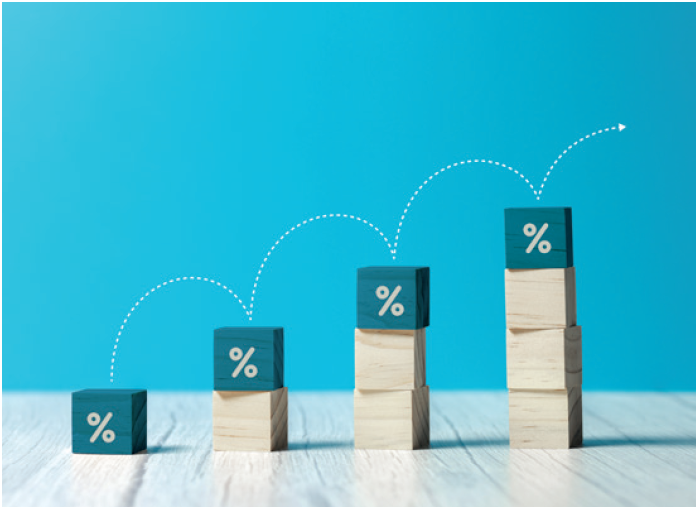 Data released by the Office for National Statistics (ONS) revealed that the economy shrank by 0.3% in April following a fall of 0.1% in March; this was the first contraction in two consecutive months since the start of the pandemic. April’s figure was also much weaker than analysts had been expecting, with the consensus forecast from a Reuters poll of economists predicting a growth rate of 0.1%.

ONS said a key driver behind April’s decline was a ‘significant reduction in NHS Test and Trace activity.’ It also noted some ‘common themes’ reported by firms across different industries, with many saying increases in the cost of production and supply chain shortages had affected their business.

Commenting on the UK’s economic outlook the same day as the GDP figures were published, CBI Director General Tony Danker said the business group was “expecting the economy to be pretty much stagnant” and that “it won’t take much to tip us into a recession.”

More recent survey data from S&P Global’s closely watched Purchasing Managers’ Index also suggests the economy is showing signs of stalling. While the preliminary headline figure for June was unchanged at May’s 15-month low of 53.1, the index measuring new orders fell to 50.8, the weakest growth rate for over a year, with manufacturing order books dipping below the 50.0 growth threshold to 49.6.

Chris Williamson, Chief Business Economist at S&P Global Market Intelligence said, “The economy is starting to look like it is running on empty. Current business growth is being supported by orders placed in prior months as companies report a near-stalling of demand. Business confidence has now slumped to a level which has in the past typically signalled an imminent recession.”

Last month saw the Bank of England (BoE) sanction another quarter-point increase in its benchmark interest rate as the Bank continues its efforts to contain the spiralling rate of inflation.

After its latest meeting held in mid-June, the BoE’s nine-member Monetary Policy Committee (MPC) voted by a 6-3 majority to raise Bank Rate from 1.0% to 1.25%. This was the fifth consecutive meeting at which the MPC had tightened monetary policy and pushed rates up to their highest level in 13 years.

For the second meeting in a row, the three dissenting voices each called for a half-point hike and the minutes to the meeting stressed that the BoE was ready to take ‘the actions necessary to return inflation to the 2% target.’ The minutes concluded, ‘The Committee will be particularly alert to indications of more persistent inflationary pressures, and will if necessary act forcefully in response.’

BoE Governor Andrew Bailey reinforced this message when speaking at a European Central Bank conference in late June. Mr Bailey said the Bank needed the option of half-point rate rises in order to address inflation and added “the key thing for us is to bring inflation back down to target and that is what we will do.”

When announcing last month’s rate rise, the BoE said it now expects inflation to peak ‘slightly above’ 11% in the autumn. A key driver of this anticipated rise will be higher household energy bills which look set to increase sharply in October as a result of Ofgem’s forthcoming price cap review.

The latest data released by ONS showed that inflation currently stands at a 40-year high. In the 12 months to May, the rate of inflation as measured by the Consumer Prices Index, rose to 9.1%, up slightly from April’s figure of 9.0%.

As Q2 drew to a close, growing concerns of a global economic downturn weighed on major indexes.

At the end of Q2, Wall Street declined on the back of weak US GDP figures. With the Federal Reserve also looking at aggressively tightening monetary policy to combat inflation, fears of a recession have heightened. A disappointing consumer confidence survey at the end of June also weighed on investor sentiment. The Dow closed the month down 6.71%, while the technology focused NASDAQ finished down 8.71%.

Brent Crude closed the month trading at around $109 a barrel, a loss of 7.55%, its first monthly decline since November, as signs emerge that the US economy is on a weaker footing than expected. At month end, the Organization of the Petroleum Exporting Countries and allies (OPEC+) approved an increase in supply for August. Gold is currently trading at around $1,817 a troy ounce, a loss of 2.02% on the month.

The latest set of earnings statistics showed that basic pay continues to lag the rapidly rising cost of living with real regular wage levels falling at the fastest rate in more than a decade.

ONS figures released last month showed that average weekly earnings excluding bonuses rose at an annual rate of 4.2% across the February–April period, the same level reported in the previous month’s release. However, when adjusted for inflation, the latest data shows that basic pay packets actually shrank, with real regular earnings down by 2.2% in comparison to year earlier levels.

In contrast, growth in employees’ average total pay (which includes bonuses) across the latest three-month period slowed to 6.8%, down from a rate of 7.0% between January and March. Despite the fall, this measure of pay does still continue to outstrip price rises, with total pay growing by 0.4% in real terms across the February–April period.

Commenting on the data, ONS Head of Economic Statistics Sam Beckett said, “The high level of bonuses continues to cushion the effects of rising prices on total earnings for some workers, but if you exclude bonuses, pay in real terms is falling at its fastest rate in over a decade.”

Official retail sales statistics show consumers have started to cut back on their shopping as the cost-of-living squeeze bites into household budgets.

The latest ONS data revealed that total retail sales volumes fell by 0.5% in May compared to April’s level. In addition, the previous estimate of sales growth in April was downgraded to 0.4% from an original figure of 1.4%, following a review of the seasonal adjustments process.

ONS said May’s fall had been driven by weaker food sales, with feedback from supermarkets suggesting consumers were spending less on their food shop due to the rising cost of living. In total, supermarket sales fell by 1.5% in May, while specialist shops such as butchers and bakers reported a 2.2% decline.

Other data also highlights the darkening consumer mood. GfK’s long-running Consumer Confidence Index, for instance, fell to -41 in June, a new record low for the second consecutive month, while the CBI’s Distributive Trades Survey points to continuing weakness in retail sales growth. The balance of retailers suggesting sales were poor for the time of year fell to -19 in June from zero in May, while the figure anticipating that sales this month will remain below seasonal norms was -25.