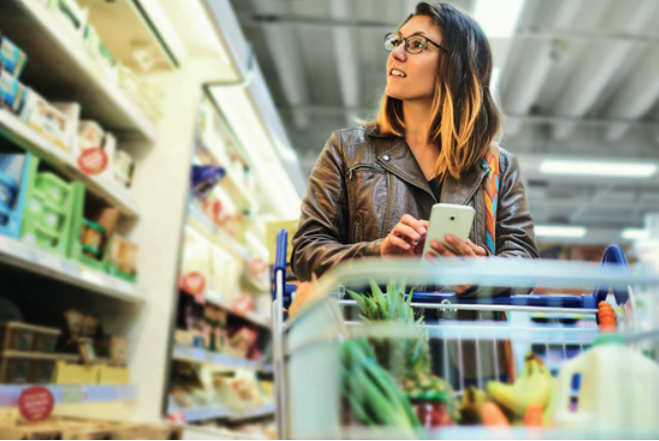 The Bank of England (BoE) has warned that the UK faces a “sharp economic slowdown” in the coming months as it continues to raise interest rates in a bid to dampen rapidly rising prices.

Following its early-May meeting, the BoE’s nine-member Monetary Policy Committee (MPC) voted by a 6-3 majority to increase the Bank Rate from 0.75% to 1.0%, with the three dissenting voices each calling for a bigger hike to 1.25%. This was the fourth successive meeting that the MPC had raised rates, taking them to their highest level since 2009.

Central banks around the world are currently scrambling to cope with surging inflation which began after the post-pandemic reopening of the global economy and has continued to spiral following Russia’s invasion of Ukraine. Policymakers, however, are also trying to avoid sending their economies into a slump, which is creating a policy dilemma.

Speaking after the MPC announcement, BoE governor Andrew Bailey admitted, “We are in a very difficult position.” He added, “We’re walking a very narrow path between inflation on the one side, which is much higher than we want it to be, and on the other side very big external shocks which are causing a big loss of real income for people and businesses in this country.” Mr Bailey went on to warn of a “material deterioration in the outlook” for growth.

While falling short of predicting a technical recession – defined as the economy shrinking in two consecutive quarters – the BoE is now forecasting a decline in growth across the final three months of this year, with the economy then contracting by 0.25% in 2023. Minutes from the May MPC meeting though still point to further rate rises ‘in the coming months,’ with BoE Chief Economist Huw Pill recently warning “tightening still has further to run.”

After facing mounting pressure, Chancellor Rishi Sunak has unveiled a further package of measures designed to ease the impact of soaring prices on household finances.

The announcement, made in the Commons on 26 May, was the Chancellor’s second emergency policy intervention of the year and came days after energy regulator Ofgem said its gas and electricity price cap looks set to rise by 40% in October. The move would see the average household energy bill rise by a further £800 a year to £2,800, prompting Ofgem to warn that the number of people living in fuel poverty could double to 12 million.

Mr Sunak said the new package offered “significant support for the British people” with every household set to receive an energy bill discount of £400 in October, with extra financial help targeted at poorer households, pensioners and the disabled. In total, the Chancellor said the combined measures were worth £15bn, taking the overall amount of government support pledged this year to around £37bn.

The Chancellor also announced that the cost of the support package will be partly offset by a “temporary and targeted energy profits levy” on oil and gas firms which will see the tax rate on North Sea profits rise from 40% to 65%. This temporary increase is expected to raise £5bn for the exchequer this year but will be phased out when oil and gas prices return to normal levels.

Responding to the announcement, Institute for Fiscal Studies Director Paul Johnson said, “Rishi Sunak has announced a genuinely big package of support. On average the poorest households will now be approximately compensated for the rising cost of living this year.” However, Mr Johnson also suggested that, if energy prices remain high or rise further, “it may turn out hard to ensure these changes are genuinely temporary.”

At the end of May, EU leaders moved toward an agreement in principle to ban 90% of Russian oil imports by the end of the year, pushing the price of Brent Crude higher. This benefited the blue-chip FTSE 100 as energy giants ventured into positive territory on the news.

A favourable batch of quarterly earnings and signs that recent economic data prices were peaking helped buoy investor sentiment in the US during the month. Following the Memorial Day holiday, President Biden and Fed Chair Jerome Powell met to discuss containment measures to combat rising consumer prices, supply chain disruptions and soaring energy costs, which are weighing heavily on the economy and markets. The Dow closed May up just 0.04%, while the NASDAQ finished down 2.05%.

Data released last month by the Office for National Statistics (ONS) revealed that the Consumer Prices Index 12-month rate – which compares prices in the current month with the same period a year earlier – rose to 9.0% in April. Although the figure was broadly in line with analysts’ expectations, it does represent a considerable jump from the previous month’s rate of 7.0%.

ONS said that around three quarters of the rise was due to higher electricity and gas bills following Ofgem’s price cap increase which was introduced at the beginning of the month. In addition, higher fuel and food prices driven up by the Ukraine war were also notable upward contributors to April’s figure.

Price pressures look set to continue building over the remainder of this year, with the BoE’s latest forecast suggesting inflation will average ‘slightly over 10%’ at its peak during the final quarter of 2022. The bulk of this anticipated further increase will be due to higher household energy bills from October as a result of the energy regulator’s next price cap review.

Although the latest batch of employment statistics shows vacancies currently exceed the number of unemployed people in the UK, there are signs that the jobs market may be cooling a little.

Figures released last month by ONS showed the unemployment rate fell to 3.7% between January and March, its lowest level in almost 50 years. There was also another rise in vacancies which hit a fresh high of 1.3 million; as a result, the number of people out of work is now less than available job openings for the first time since records began.

The data also revealed that the number of people changing jobs hit a record high which ONS said was ‘driven by resignations rather than dismissals.’ Overall, however, ONS did say the latest release painted ‘a mixed picture’ with total employment, although up on the quarter, still below its pre-pandemic level.

Survey evidence also suggests the labour market may be starting to cool. The latest permanent staff placements index from KPMG and the Recruitment and Employment Confederation, for instance, fell to 59.8 in April. While any reading above 50 still implies growth, this was the fifth consecutive monthly decline and the lowest figure since March 2021.