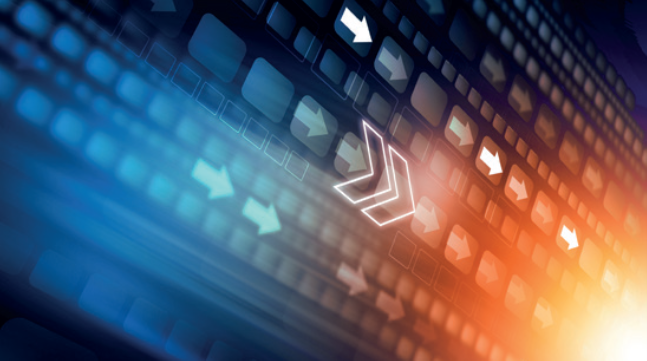 Last month, the Bank of England (BoE) sanctioned a further increase in its benchmark interest rate as inflation continues to surge significantly ahead of the Bank’s target level.

Following a meeting held in mid-March, the BoE’s nine-member Monetary Policy Committee (MPC) voted by an 8-1 majority to raise Bank Rate from 0.5% to 0.75%. This was the third meeting in a row that the MPC had signalled a tightening of monetary policy, taking the Bank’s main interest rate back to its pre-pandemic level.

Policymakers cited a strong labour market and continuing signs of ‘robust domestic cost and price pressures’ as key reasons for the hike. Minutes to the meeting also noted that Russia’s invasion of Ukraine had led to ‘further large increases in energy and other commodity prices including food prices.’ As a result, the BoE now expects inflation to reach ‘around 8% in April,’ almost a full percentage point higher than it forecast in February and four times its 2% target figure.

While the minutes did say that ‘some further modest tightening in monetary policy may be appropriate in the coming months’ they also pointed to concerns about the outlook for growth as households struggle with a squeeze on incomes. Indeed, analysts noted a more dovish tone than was evident in the previous set of minutes, with a distinct softening of the language on the need for future rate hikes.

Data subsequently released by the Office for National Statistics (ONS), however, showed that price rises continue to exceed analysts’ expectations. In the 12 months to February, the rate of inflation as measured by the Consumer Prices Index, surged to a 30-year high of 6.2%. This was significantly up on the previous month’s rate of 5.5%, and 0.3% higher than the median forecast in a Reuters poll of economists.

The Office for Budget Responsibility (OBR) has downgraded its forecast for UK economic growth over the next two years amid an unprecedented squeeze on household finances.

Chancellor Rishi Sunak unveiled the independent forecaster’s revised projections during his Spring Statement, delivered to the House of Commons on 23 March. The new forecast suggests the economy will expand by 3.8% in 2022, significantly down on October’s 6.0% prediction. Next year is also expected to yield lower growth, with the economy forecast to expand by 1.8% compared to a previous prediction of 2.1%.

The downgrades partly relate to Russia’s invasion of Ukraine which the OBR warned would have ‘major repercussions for the global economy.’ In addition, they reflect a sharp squeeze on living standards with real disposable household incomes expected to fall by 2.2% in the coming financial year – this would represent the biggest annual decline in UK living standards since records began in 1956.

Ironically, the latest gross domestic product statistics released by ONS showed the UK economy grew by a faster than expected 0.8% in January. This was the strongest monthly expansion since last June and beat all forecasts in a Reuters poll of economists.

Survey data also suggests the economy continued to expand at a robust pace during the last two months. The preliminary reading of the S&P Global/CIPS Composite Purchasing Managers’ Index (PMI), for instance, came in at 59.7 in March, only marginally below February’s historically high figure of 59.9.

S&P Global Chief Business Economist Chris Williamson said, “The further reopening of the economy after COVID-19 containment measures helped offset headwinds from the Ukraine war, Brexit and rising prices.” However, he also noted that the PMI’s measure of business optimism slumped to a 17-month low in March, adding, “Indicators point to potentially sharply slower growth in the coming months.”

The ongoing conflict in Ukraine continues to impact global markets, as they closed out a turbulent quarter. The invasion is exacerbating inflationary pressures, driving up the cost of everything from fuels to food, leading to volatility across commodity markets in particular.

At the end of March, falling oil prices and escalating inflation figures from the US weighed on investor sentiment. The oil price declined after the Organization of the Petroleum Exporting Countries and allies (OPEC+) agreed to another modest monthly oil output boost, resisting pressure to pump more oil, despite consumer calls for increases. Joe Biden later issued the release of one million barrels a day from crude reserves in an effort to tame energy costs, commencing in May.

The latest set of labour market statistics published by ONS revealed a further fall in the rate of unemployment, although real pay growth continues to lag the spiralling cost of living.

The data also showed another strong rise in the number of pay-rolled employees in February and yet another record number of job vacancies. The number of people out of work but not looking for a job also rose again, however, which meant the total number of people in employment remains well below its equivalent pre-pandemic figure.

In terms of wage growth, the data showed average weekly earnings, excluding bonuses, rising at an annual rate of 3.8% across the November–January period. Although this was a slight increase from the previous three-month period, it did mean that pay once again failed to keep up with the rapid rise in prices. Indeed, after taking account of inflation, regular earnings fell by 1% compared to year earlier levels.

ONS data showed that total retail sales volumes unexpectedly declined by 0.3% in February compared to the previous month. An ONS spokesperson said retailer feedback linked some of the fall to stormy weather which had kept shoppers at home, while the easing of COVID restrictions resulted in more people returning to pubs and restaurants at the expense of grocery sales.

The latest Distributive Trades Survey from the CBI suggests sales growth remained relatively weak last month with its sales-for-the-time-of-year gauge falling from +16 in February to -23 in March. Retailers also said they expect sales to remain below seasonal norms this month, although to a lesser extent.

Commenting on the findings, CBI Principal Economist Martin Sartorius said, “Retailers had a mediocre March, with sales reported as being below seasonal norms. The cost-of-living crisis is looming large across the sector, as households’ wallets are being hit by the fastest rate of inflation in decades. Further action will be needed to galvanise consumer confidence, shore up incomes, and support spending on UK high streets in the tough months to come.”

It is important to take professional advice before making any decision relating to your personal finances. Information within this document is based on our current understanding and can be subject to change without notice and the accuracy and completeness of the information cannot be guaranteed. It does not provide individual tailored investment advice and is for guidance only. Some rules may vary in different parts of the UK. We cannot assume legal liability for

any errors or omissions it might contain. Levels and bases of, and reliefs from, taxation are those currently applying or proposed and are subject to change; their value depends on the individual circumstances of the investor. No part of this document may be reproduced in any manner without prior permission.