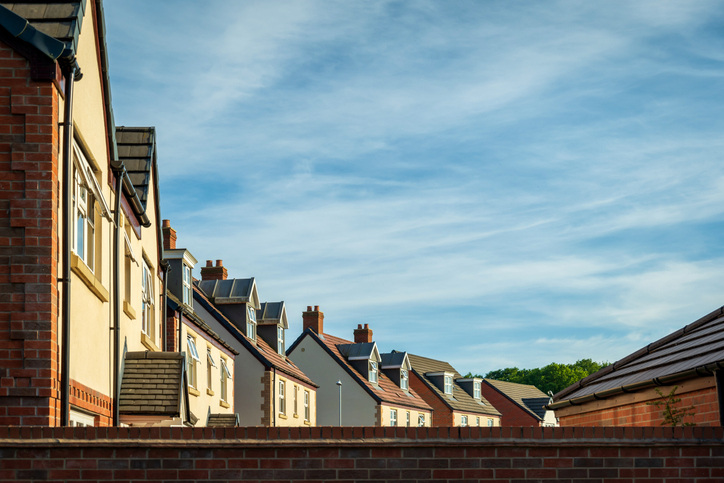 Sales up as demand stays strong

2022 has picked up where 2021 left off, with near-record demand leading to the busiest January and February since 2016, according to Zoopla.

The mismatch endures, however, between supply and demand. The number of prospective buyers is 70% higher than the five-year average, while the total number of homes for sale is 43% lower. The result of this imbalance is fierce competition for available stock; Zoopla figures show that half of all sold properties were purchased after less than three weeks on the market.

Soaring rents are here to stay

Private rents are rising nationwide at the fastest rate in five years, according to figures from the Office for National Statistics (ONS), with the average rent up by 2% in the year to January 2022.

This was a slight rise on the 1.8% growth recorded in the year to December 2021. The East Midlands was the region with the biggest increase in average rental prices (3.6%), while London had the smallest (0.1%).

With office workers and students returning to cities, the net balance of contributors noting an increase in demand rose to +55% in the Royal Institution of Chartered Surveyors’ (RICS) February survey.

Meanwhile, supply remains problematic; the RICS survey noted a decline in landlord instructions to a net balance of -21%. Respondents expect this trend to continue, anticipating that rents will increase annually by an average rate of 5% over the next five years.

Nine million bedrooms were ‘lost’ during the pandemic, as versatile Brits repurposed existing space to meet their work and leisure needs.

A study by Zoopla found that two in five homeowners adapted their home during the pandemic, of whom more than half completely repurposed at least one bedroom. One in five households changed multiple bedrooms. With remote and hybrid working now on the agenda for many, almost half (46%) of those who have made changes created a home office.

The result was the creation of nearly five million home offices, 1.3 million home gyms, and a combined two million home bars, cinemas and music rooms. UK households spent, on average, £3,714 making these adaptations – a national total of around £36.5bn.

However, the study suggests that homeowners who have repurposed rooms may now feel less happy with the space they have. Of those who had to repurpose rooms, more than half said this meant having to compromise on their space at home, a figure that rose to 83% of homeowners under 25.