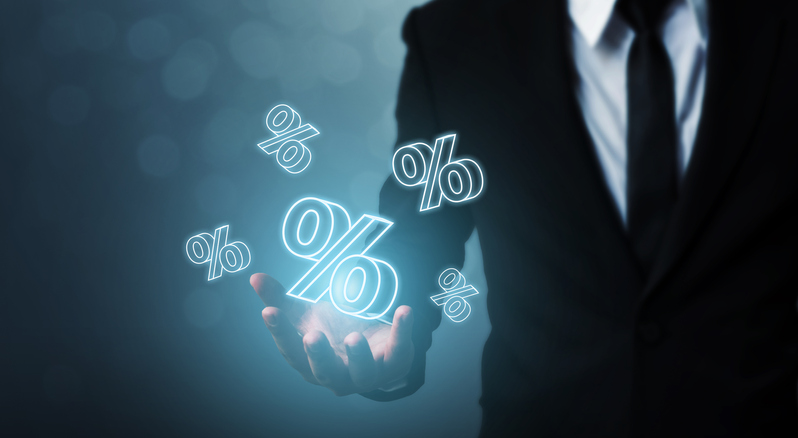 In February, the Bank of England’s Monetary Policy Committee (MPC) announced an increase in its main interest rate for the second meeting in a row as the Bank continues to grapple with a rapid rise in the cost of living.

At its latest meeting held in early February, the MPC sanctioned a quarter of a percentage point rate rise taking Bank Rate to 0.5%. In what was a surprise split decision, however, four of the nine-member committee voted for a larger hike, seeking to raise rates by half a percentage point.

The decision to increase rates is designed to contain the country’s spiralling rate of inflation, which the Bank now expects to peak at around 7.25% in April. This would represent the fastest rate of consumer price growth since 1991 and would leave inflation significantly above the Bank’s 2% target level.

Data subsequently released by the Office for National Statistics (ONS) showed that inflation, as measured by the Consumer Prices Index, rose to 5.5% in the 12 months to January, putting the cost of living at a near 30-year high. This figure was above most predictions in a Reuters poll of economists, with the consensus suggesting the rate would hold steady at the previous month’s level of 5.4%.

The latest inflation statistics appear to have reinforced the chances of a third consecutive rate rise at the conclusion of the MPC’s next meeting on 17 March. The minutes from February’s meeting acknowledged that the Bank expects ‘further modest tightening in monetary policy’ to be appropriate ‘in the coming months’ and, according to a Reuters poll, most economists now predict a quarter percentage point rise in March. Furthermore, almost half of respondents also forecast a similar hike at May’s meeting.

Data released last month by ONS revealed that UK economic output fell by 0.2% in December as people increasingly worked from home and avoided Christmas socialising due to the spread of the Omicron variant. This contraction, however, was less severe than many had feared, with a Reuters poll of economists having predicted a 0.6% monthly fall.

Despite December’s decline, GDP data covering the whole of last year showed the UK economy experienced a sharp rebound in 2021, following the dramatic pandemic-induced collapse in output recorded during the previous year. In total, the economy grew by 7.5% across 2021, the UK’s largest annual rate of growth since 1941.

More recent survey data also suggests there has been a swift rebound in economic activity following the disruption caused by Omicron at the turn of the year. The preliminary headline reading of the closely monitored IHS Markit/CIPS composite Purchasing Managers’ Index, for instance, rose to 60.2 in February from 54.2 in January.

This represents the fastest pace of growth in private sector output since last June, with a strong recovery in consumer spending on travel, leisure and entertainment fuelling the pickup in activity. IHS Markit’s Chief Business Economist Chris Williamson said the data pointed to a “resurgent economy in February” as COVID containment measures were relaxed.

Mr Williamson did though add a note of caution, saying that “indications of a growing plight for manufacturers” needed to be watched. He added, “Given the rising cost of living, higher energy prices and increased uncertainty caused by the escalating crisis in Ukraine, downside risks to the demand outlook have risen.”

The Russian invasion of Ukraine has understandably impacted global markets. Due to the uncertain nature of the fast-evolving situation, global markets initially reacted with many stocks moving into the red and the oil price pushing beyond the $100 milestone as supply concerns intensified.

Markets reacted accordingly on the last trading day of the month following news that Vladimir Putin had placed the nuclear deterrent on high alert the previous day. A raft of economic sanctions against Russia are being imposed, including a move designed to cut off Moscow’s major financial institutions from Western markets. Chancellor Rishi Sunak said the sanctions “demonstrate our steadfast resolve in imposing the highest costs on Russia and to cut her off from the international financial system so long as this conflict persists.”

While the latest set of earnings statistics did report relatively strong growth in nominal wage levels, the data also showed that pay growth is now lagging the rapidly rising cost of living.

ONS figures released last month showed that average weekly earnings, excluding bonuses, rose at an annual rate of 3.7% in the final quarter of last year. This exceeded market expectations and was also higher than Bank of England forecasts.

However, although the rate remains relatively high in comparison to levels witnessed over the last decade, pay growth is now failing to keep up with the spiralling rate of inflation. Indeed, in real terms, regular earnings fell by 0.8% compared to Q4 2020.

In early February, after announcing the latest interest rate rise, Bank of England Governor Andrew Bailey called on workers to rein in pay demands or risk a wage-inflation spiral. The tight labour market, however, means employers are increasingly having to offer higher salaries to retain existing workers and attract new staff. Early ONS estimates suggest these pressures are driving wage growth, with median earnings for workers on payrolls in January 6.3% higher than the same month last year.

The latest public sector finance statistics show borrowing remains below forecast, although rising inflation is pushing up the cost of servicing government debt.

January is typically a strong month for public finances due to seasonal inflows of Income Tax and this year ONS data revealed a £2.9bn surplus. While this was a distinct improvement on last year’s £2.5bn deficit, it was below market expectations and £7bn less than January 2020’s pre-pandemic surplus.

While year-to-date borrowing remains significantly ahead of Office for Budget Responsibility forecasts prepared for the last Budget, higher inflation has started to push up interest payments via its impact on index-linked debt. Economists expect this to limit the Chancellor’s room for manoeuvre when he delivers a fiscal update on 23 March.

Isabel Stockton, a Research Economist at the Institute for Fiscal Studies, commented, “Borrowing remains likely to come in below that forecast in the Budget. This will doubtless be good news for the Chancellor as he prepares for his Spring Statement. But borrowing still remains high by historical standards and while he is currently meeting his fiscal targets, Mr Sunak has left himself with very little wriggle room.”