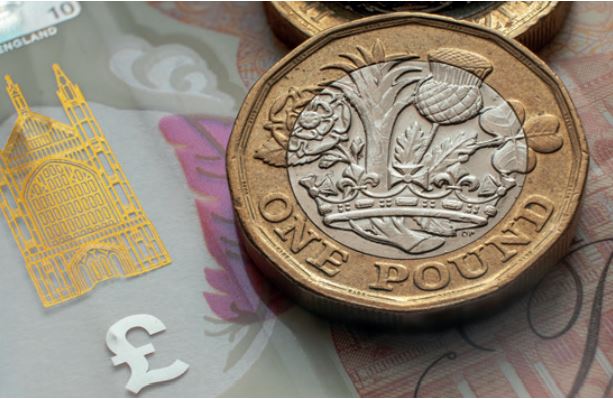 The UK economy grew strongly in November to move beyond its pre-COVID level with increasing momentum recorded across all industry sectors prior to the arrival of the Omicron variant.

Data released by the Office for National Statistics (ONS) revealed that the economy grew by 0.9% in November. This was much stronger than the consensus forecast predicted in a Reuters poll of economists and saw the UK economy finally recover all of the ground lost during the pandemic, with November’s output figure 0.7% above its February 2020 level.

Commenting on the figures, ONS Chief Economist Grant Fitzner said, “The economy grew strongly in the month before Omicron struck, with architects, retailers, couriers and accountants having a bumper month. Construction also recovered from several weak months as many raw materials became easier to get hold of.”

Economic activity over the last two months, however, has clearly been hit by the spread of the Omicron variant. Data from IHS Markit/CIPS Purchasing Managers’ Index (PMI) reported a sharp slowdown in UK private sector growth in December and activity slipped further in January as Omicron again hit consumer-facing companies.

Disruption due to the rise in virus cases also contributed to the International Monetary Fund (IMF) cutting its 2022 global growth forecast. In its latest economic musings released on 25 January, the international soothsayer noted that the world economy was in a ‘weaker position’ than previously expected and downgraded its prediction for global growth by half a percentage point to 4.4%.

The updated IMF forecast also suggests the UK economy is set to grow more slowly than previously anticipated, with this year’s growth estimate cut to 4.7%. While this does represent a notable reduction from last October’s 5.0% forecast, it still leaves the UK as the fastest growing economy among the G7 industrialised nations.

The latest ONS figures show that the Consumer Prices Index (CPI) 12-month rate – which compares prices in the current month with the same period a year earlier – rose to 5.4% in December. This was 0.2% ahead of market expectations and a sizeable jump compared to the previous month’s rate of 5.1%.

Rising prices across the food, hospitality, household goods and clothing sectors were all key drivers of the increase, while fuel prices also remained at recent high levels. With gas and electricity bills set for a further sharp hike in April, some economists are now predicting that the CPI rate is likely to hit 7% by the spring.

January’s data has intensified pressure on Bank of England (BoE) policymakers to raise interest rates again in a bid to dampen consumer demand and bring inflation back down towards the Bank’s 2% target. In December, the BoE became the first major central bank to raise rates since the onset of the pandemic when it announced a 15-basis-point increase taking Bank Rate to 0.25%. A recent Reuters poll found most economists expect a second hike to be sanctioned when the next meeting of the Bank’s Monetary Policy Committee concludes on 3 February.

At the end of January, major global markets largely closed in negative territory as investors monitored developments between the Ukraine and Russia, and concerns over rising interest rates weighed on sentiment.

The prospect of higher US interest rates impacted markets towards month end, as the Fed signalled that the cycle of rate hikes will commence in March. With US inflation running at its highest level in almost 40 years, and following a volatile month of trading, the Dow Jones closed January down 3.32%, while the NASDAQ closed down almost 9%, its worst January since 2008.

The oil price continued its recent rise ahead of a key OPEC (Organization of the Petroleum Exporting Countries) meeting in early February. Supported by supply shortages and political tension in the Middle East and Eastern Europe, Brent Crude closed the month trading at around $88 a barrel, a gain of over 13%. Gold is trading at around $1,795 a troy ounce, a loss of around 0.59% on the month.

Although last month’s batch of labour market statistics revealed record job creation, the data also showed pay growth is failing to keep up with the rising cost of living.

According to the latest figures released by ONS, the number of payrolled employees continues to grow strongly, with companies adding another 184,000 staff to their payrolls in December. The data also showed that unemployment remains on a downward trend, with the headline rate falling to 4.1% in the three months to November, the lowest figure since June 2020.

However, despite this positive news, the data also revealed that pay is now being squeezed by the rapid rise in inflation. While the latest figures did report relatively strong levels of pay growth, wages were found to be rising less quickly than prices over the same period. As a result, real average weekly earnings fell by 1% in November, the first decline in inflation-adjusted pay since July 2020.

Responding to the data, the Resolution Foundation think tank said, ‘Real wages officially began to fall in November, and the current period of shrinking pay packets is likely to get worse before it starts to ease in the second half of 2022.’

ONS data showed that total retail sales volumes fell by 3.7% in December, significantly weaker than analysts’ expectations. This decline did, however, follow a particularly strong set of figures in November as reports of potential shortages in the run-up to Christmas encouraged consumers to do much of their festive shopping earlier than usual.

Evidence from the latest CBI Distributive Trades Survey suggests sales remained below seasonal norms in January – almost a third of retailers described sales as poor for the time of year compared with under a tenth who said they were strong, the worst reading on this measure since March 2021. The CBI said it was not surprised sales were viewed as disappointing given the spread of Omicron, tighter restrictions and increased consumer caution.

It is important to take professional advice before making any decision relating to your personal finances. Information within this document is based on our current understanding and can be subject to change without notice and the accuracy and completeness of the information cannot be guaranteed. It does not provide individual tailored investment advice and is for guidance only. Some rules may vary in different parts of the UK. We cannot assume legal liability for

any errors or omissions it might contain. Levels and bases of, and reliefs from, taxation are those currently applying or proposed and are subject to change; their value depends on the individual circumstances of the investor. No part of this document may be reproduced in any manner without prior permission.