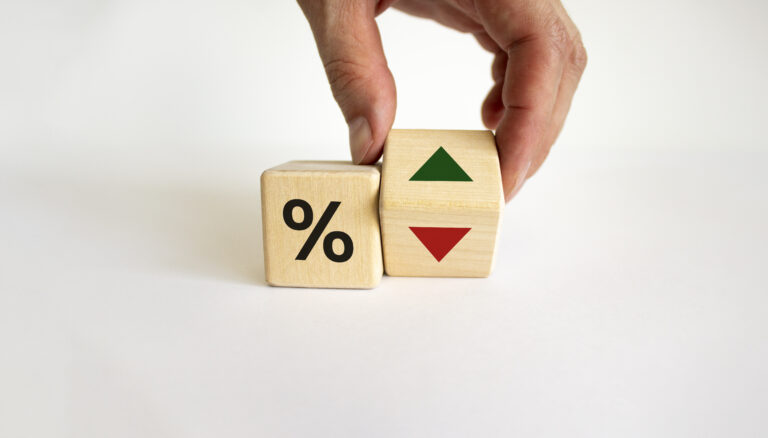 The Bank of England (BoE) sanctioned a 15-basis-point increase in its main interest rate on 16 December and warned that inflation is now likely to hit 6% by spring.

At its latest meeting held in mid-December, the BoE’s nine-member Monetary Policy Committee voted by an 8-1 majority to raise Bank Rate to 0.25% from its previous historic low of 0.1%. This was the Bank’s first rate hike in more than three years and resulted in the BoE becoming the world’s first major central bank to raise rates since the onset of the pandemic.

The announcement was made a day after the Office for National Statistics (ONS) released the latest inflation data, which showed the cost of living is now rising at its fastest rate for 10 years. In the 12 months to November, the rate of inflation, as measured by the Consumer Price Index (CPI), surged to 5.1%. This was significantly higher than October’s 4.2% figure and above all forecasts in a Reuters poll of economists.

Speaking after announcing the rate hike, BoE Governor Andrew Bailey said that an outlook for “more persistent inflation pressures” had forced the Bank to act. Mr Bailey said, “We’re concerned about inflation in the medium term and we’re seeing things now that can threaten that. So that’s why we have to act.”

The Governor also revealed that the Bank now expects the CPI inflation rate to peak at around 6% in April, which would be three times above the BoE target figure. Although the rate is then expected to fall back across the second half of 2022, the Bank acknowledged that more “modest tightening of monetary policy” over the three-year forecast period “is likely to be necessary” in order to ensure inflation sustainably returns to its 2% target level.

The latest GDP statistics show the economy expanded by just 0.1% in October, much weaker than the 0.4% consensus forecast predicted in a Reuters poll of economists. Growth was largely driven by a rise in face-to-face GP appointments at surgeries in England, although this was offset by a decline in industrial output, with production falling in both the electricity and gas, and mining and quarrying sectors.

In addition, a revision to previous GDP data revealed that the economy had actually grown at a slower pace during the third quarter. The new estimate puts July to September’s growth rate at 1.1%, rather than 1.3% as initially thought. As a result, the UK economy remains 1.5% smaller than its pre-pandemic level.

The flash reading of the PMI’s composite output index fell to a 10-month low of 53.2 in December, leading CIPS Group Director Duncan Brock to describe the data as “grim news” for the UK economy. Mr Brook also said that positive gains over the last ten months had been “wiped out by yet another round of restrictions and curbs on consumers and businesses.”

Major global indices closed December in positive territory. Despite escalating virus cases, stocks were supported by hopes that the Omicron variant is milder, potentially limiting fiscal impact as vaccines have allowed many economies to remain open.

In the UK, the FTSE 100 ended the year up 14.3%, registering its best annual gain for five years, as it continued to recover from its pandemic-induced lows of 2020. The FTSE 250, dominated by more domestically focused stocks, rose by 14.6%, while the AIM closed the year up just over 5%.

Brent crude closed the year trading at around $78 a barrel, an annual gain of over 51%, its largest in 12 years. The price was lifted by higher demand as investors bet that surging virus cases would not derail the global economic recovery. Cautious production increases by OPEC+, the Organization of the Petroleum Exporting Countries plus allies, also helped to support the price. Gold is trading at around $1,805 a troy ounce, a loss of over 4.8% on the year. The price has been dampened by a stronger US dollar and the threat of a pullback in stimulus by major central banks, deterring many investors who favoured equities.

The latest set of employment statistics published by ONS suggests the UK labour market has withstood the end of the government’s furlough scheme and remains in a relatively robust state of health.

According to the most recent tax data, the number of people in payrolled employment continued to grow strongly, rising by a further 257,000 in November. This was the largest monthly increase since records began in 2014 and lifted the total number of workers on company payrolls to 29.4 million, 424,000 above pre-pandemic levels.

There was also positive news in terms of unemployment, with the headline rate in the three months to October falling to 4.2%; down from 4.3% in the previous three-month period. This suggests withdrawal of furlough at the end of September has not sparked a significant rise in redundancies. Although ONS did caution that some workers may still be working notice periods, it also said business survey responses suggest the number of redundancies was likely to be relatively small.

The data also showed job vacancies rising to another record high, with a total of 1.22 million jobs advertised in the three months to November. ONS did, however, report a slowdown in the rate of growth in vacancies.

The latest Distributive Trades Survey published by the Confederation of British Industry (CBI), however, suggests sales growth fell back sharply last month, with its headline net balance of retailers reporting sales growth slumping to +8 in December, down from +39 the previous month. This represents the lowest reading since non-essential shops were in lockdown last March.

Perhaps unsurprisingly, the survey also found that sales are expected to grow at a similarly lacklustre pace in January. Commenting on the data, CBI Principal Economist Ben Jones said, “Our December survey confirms what we’ve been hearing anecdotally about Omicron’s chilling impact on activity on the High Street, with retail sales growth slowing and expectations for the coming month sharply downgraded.”