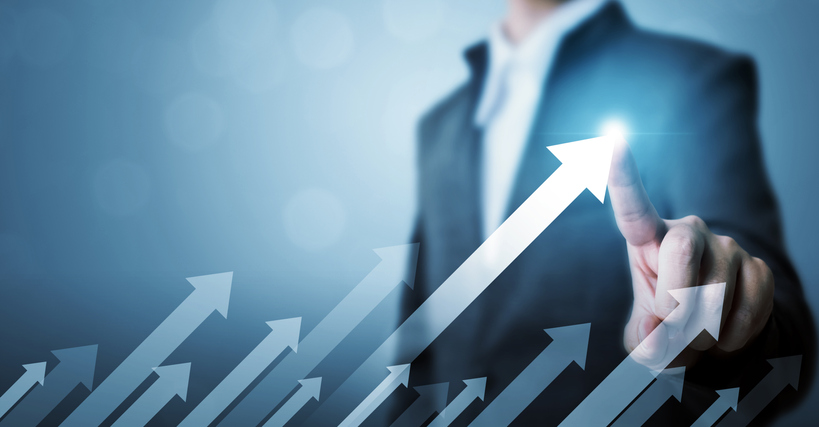 Data released last month by the Office for National Statistics (ONS) revealed that the Consumer Prices Index (CPI) 12-month rate – which compares prices in the current month with the same period a year earlier – rose to 4.2% in October. This was above all predictions in a Reuters poll of economists and represents a considerable jump from September’s rate of 3.1%.

The rise was largely driven by higher household energy bills following the lifting of the regulatory price cap on 1 October, with gas prices paid by consumers up 28.1% and electricity up 18.8% in the year to October. ONS said price rises were evident across the board with the cost of petrol, second-hand cars, furniture and household goods, hotel stays and eating out all increasing noticeably.

Some of the current increase in the rate of inflation is inevitably due to weak price levels witnessed in October last year when the pandemic was dragging down economic activity. Analysts do expect to see inflation ease somewhat next year as these factors begin to drop out of the data.

Survey evidence, though, suggests there are further inflationary pressures in the pipeline. Preliminary data from November’s IHS Markit/CIPS Composite Purchasing Managers’ Index, for instance, revealed record cost pressures, with input price inflation ‘rising at the fastest rate since the index began in 1998’, fuelled by ‘higher wages and a spike in prices paid for fuel, energy and raw materials.’

The Chief Economist at the Bank of England (BoE) has given a clear hint that interest rates are set to rise soon, although the emergence of the Omicron variant has cast some doubt over the exact timing.

At a meeting ending on 4 November, the BoE’s Monetary Policy Committee (MPC) voted to leave the Bank Rate unchanged at its historic low level of 0.1%. Policymakers, however, were split on the decision, with two of the nine-member committee voting for an immediate hike to 0.25%.

Bank Governor Andrew Bailey described the decision as a “very close call.” Mr Bailey went on to say that the MPC had “spent many hours” pondering its decision and did not rule out a rate increase when the committee next convenes in mid-December. The Governor was, though, at pains to stress that rates were unlikely to rise sharply, adding “for the foreseeable future, we’re in a world of low interest rates.”

Since the last meeting, a number of policymakers have indicated a growing willingness to act in order to counter above-target inflation, with the clearest hint to date coming from BoE Chief Economist Huw Pill. Speaking at a CBI conference on 26 November, Mr Pill suggested the conditions now existed for him to vote for higher rates and indicated that he was minded to do so soon.

Mr Pill said, “The ground has now been prepared for policy action. Given where we stand in terms of data and analysis, I view the likely direction of travel for monetary policy from here as pretty clear.” The Chief Economist, however, also noted that the Omicron strain could throw a potential spanner in the works and stressed there was no guarantee the MPC would sanction a rate hike when its next meeting concludes on 16 December.

Discovery of the Omicron variant impacted markets as investors considered the risk to the global economic recovery. After initial market falls, stocks largely regained their composure on Monday 29 November, as indices recovered some of the losses seen during the previous trading session.

US stocks fell at month end after Federal Reserve Chairman Jerome Powell remarked that inflation can no longer be considered transitory. He also signalled an earlier-than-expected end to monthly bond purchases, potentially opening the door to interest rate increases. The Dow closed the month down 3.73%, the NASDAQ gained 0.25%.

Concerns that the new variant could slow global economic growth sent oil prices lower. The Organisation of the Petroleum Exporting Countries and its allies (OPEC+) postponed technical meetings to early December, giving themselves more time to assess the impact of the variant on oil demand and prices. Brent Crude is currently trading at around $68 per barrel, a loss of over 18% on the month. Gold is currently trading at around $1,798 a troy ounce, a small gain of around 1.6% over the month.

The latest set of employment statistics suggests the demise of furlough has done little to dent the strong labour market recovery that has been evident over recent months.

Figures published last month by ONS showed demand for staff remains high, with the number of job vacancies rising to another record level. In total, there were just under 1.2 million vacancies advertised in the three months to October, nearly 400,000 more than before the onset of the pandemic.

The data also revealed there were 160,000 more workers on company payrolls in October than September; this latest rise means the overall number of employees is now significantly higher than pre-pandemic levels. Interestingly, the redundancy rate was reported as largely unchanged despite withdrawal of the government’s furlough scheme on 30 September.

Commenting on the figures, ONS Head of Economic Statistics Sam Beckett said, “It might take a few months to see the full impact of furlough coming to an end. However, October’s early estimate shows the number of people on the payroll rose strongly on the month and stands well above its pre-pandemic level. And businesses tell us that only a very small proportion of their previously furloughed staff have been laid off.”

According to the latest ONS data, retail sales volumes rose by 0.8% in October to end a run of five successive months with no growth at all. The increase, which beat analysts’ expectations, was focused on the non-food store sector, including clothing and toy sales. ONS noted that some retailers felt “early Christmas trading had boosted sales.”

The latest Distributive Trades Survey from the CBI suggests this trend continued last month with the net balance of retailers reporting sales growth rising from +30 in October to +39 in November; this represents the strongest pre-Christmas reading since 2015. Furthermore, retailers said they expect sales to remain above seasonal norms in December as well.