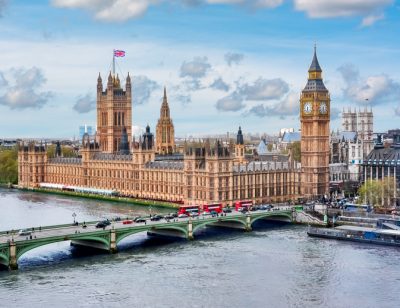 Chancellor Rishi Sunak has announced government spending plans for the coming 12 months as part of his Spending Review, delivered to the House of Commons on 25 November.

During his statement, Mr Sunak said the government had already spent £280bn supporting the economy through the pandemic and pledged a further £55bn over the coming year as part of a series of measures designed to aid economic recovery. As a result, government borrowing is set to rise to a peacetime high.

Estimates produced by the government’s independent forecaster, the Office for Budget Responsibility (OBR), suggest the new measures will push borrowing up to £394bn in the current fiscal year, £22bn more than predicted in August. OBR forecasts also imply borrowing will stay above £100bn per annum for the next five years and warn tax rises or spending cuts will be required to stabilise the burgeoning debt.

OBR Chairman, Richard Hughes, said, “The Chancellor will need to find £20bn to £30bn in spending cuts or tax rises if he wants to balance revenues and day-to-day spending, and stop debt rising by the end of this parliament.”

Among other announcements, the Chancellor said around 1.3 million public sector workers will have their pay frozen next year, arguing he could not justify a rise when many private sector employees have seen pay and hours cut during the crisis. He did, though, confirm that some NHS staff and lower-paid workers will be excluded from the freeze.

Mr Sunak also announced that the National Living Wage will rise by 19p per hour to £8.91, with the rate extended to cover those aged 23 and over. In addition, the Chancellor confirmed the government is suspending its commitment to spend 0.7% of national income on overseas aid; the new ‘temporary’ 0.5% target will yield savings of around £4bn. 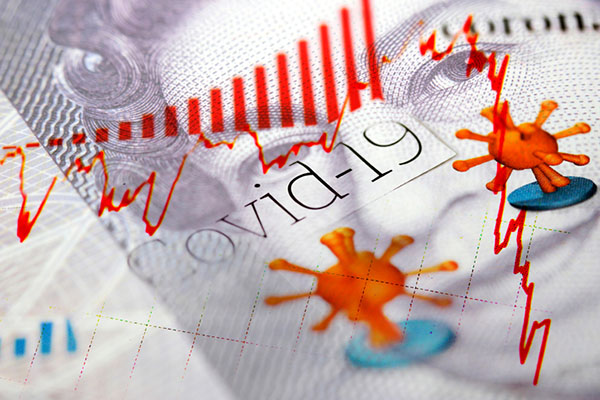 Updated official forecasts suggest the UK economy is set to suffer its largest annual decline in 300 years and will not return to pre-crisis levels until the end of 2022.

The Chancellor revealed the latest predictions produced by the OBR during his Spending Review statement and warned the “economic emergency” caused by coronavirus “has only just begun“. He also issued a warning about the difficulties that lie ahead with the pandemic expected to inflict long-lasting economic damage.

According to the OBR’s new central forecast, the economy is expected to contract by 11.3% this year, which would be the largest decline in annual output since 1709. In accompanying commentary, the OBR stressed that the pandemic has delivered “the largest peacetime shock to the global economy on record“.

The independent forecaster also said the UK’s later and longer lockdown during the first wave of infections resulted in the country experiencing “a deeper fall and slower recovery in economic activity” compared to other European nations. It also warned the imposition of recent restrictions had taken “the wind out of an already flagging recovery“.

Data from the Office for National Statistics (ONS) confirms this picture, with the economy growing by just 1.1% in September, a weaker level than in previous months. More recent survey evidence also points to further weakness, with November’s headline IHS Markit/CIPS composite Purchasing Managers’ Index falling to a five-month low of 47.4.

Looking forward, the OBR stressed that prospects remain highly uncertain and very much depend on the future path of the virus. Its central forecast does predict a rebound in 2021, with the economy expected to grow by 5.5% across the whole of next year. However, the projections also suggest it will take until the end of 2022 for the UK economy to return to its pre-crisis size.

In November, vaccine breakthroughs and the decisive US election result provided a much-needed confidence boost to global stock markets. In the UK, the blue-chip FTSE 100 index recorded its best monthly performance since 1989, fuelled by growing optimism that a successful vaccine can activate a faster than expected economic recovery from the pandemic-induced recession. The index increased in value over £180bn in November, gaining 12.35%, to close the month on 6,266.19, the FTSE 250 followed suit, closing up 12.33% on 19,336.32.

In the US, Joe Biden’s defeat of President Trump powered a market rally as hopes elevated for an additional injection of fiscal support for the economy. The Dow Jones posted a monthly gain of 11.84%, its best month since 1987 and the NASDAQ advanced 11.80%. On European markets, the Euro Stoxx 50 gained 18.06% in the month and in Japan, the Nikkei 225 advanced 15.04%, its best monthly performance since January 1994.

Gold is currently trading at around $1,788 a troy ounce, a loss of 4.80% on the month. The price of the traditional safe haven asset has fallen amid growing optimism for an end to the pandemic as investors favoured risk assets. Brent crude is currently trading at around $47.89 a barrel, a gain of 27.37% on the month. Oil closed at an eight-month high in the last full week of the month as a weaker dollar, optimism surrounding a surprise decline in US crude supplies and vaccine developments, all combined to support the price, and provide hope of a swift recovery in global oil demand in 2021. The OPEC+ group is currently assessing whether to maintain its curtailed oil production levels to 2021.

Recently released statistics have revealed the UK’s rate of inflation increased in October as the pandemic had an upward impact on prices in several categories.

Figures published by ONS showed the CPI 12-month rate – which compares prices in the current month with the same month a year earlier – was 0.7% in October. This was higher than September’s 0.5% figure and also slightly above analysts’ expectations.

ONS said the rise was partly fuelled by an increase in clothing prices which returned to normal seasonal patterns following lockdown disruption earlier in the year. The cost of food also rose largely due to renewed stockpiling as stricter health restrictions were announced.

Another upward contributor was second-hand cars as people rushed to buy vehicles in order to reduce their reliance on public transport. These increases were partially offset by a fall in energy and holiday prices, while the temporary hospitality VAT cut also had a downward impact.

The weak economic backdrop is widely expected to keep inflation below the BoE’s 2% target for the foreseeable future. One area of inflationary concern, however, remains a possible no-deal Brexit which could trigger a fall in the value of sterling and thereby drive up the cost of imported goods.

Brexit deadline on the horizon

Official forecasts suggest failure to agree a post-Brexit trade deal will provide a blow to the UK economy as negotiations between the two sides enter their crucial final phase.

Although talks between the UK and EU were stepped up during November, both sides did admit there are still significant gaps across a number of outstanding areas. And, with the ultimate end of December deadline looming, it remains unclear whether a last-ditch compromise will be reached.

However, analysis conducted by both the Bank of England (BoE) and OBR highlight the potential negative economic consequences associated with a no-deal Brexit. BoE Governor Andrew Bailey, for instance, recently suggested that such a scenario would cause greater long-term economic damage than the pandemic and that the impact of the change might be felt for decades to come.

According to the OBR’s recently updated economic forecasts, a no-deal Brexit and the resulting imposition of tariffs under World Trade Organization rules and disruption at borders would reduce the size of the UK economy by an additional 2% in 2021. Previous projections produced by the government’s independent forecaster had already included a 4% Brexit-related reduction in output even if a free-trade deal is agreed.

It is important to take professional advice before making any decision relating to your personal finances. Information within this document is based on our current understanding and can be subject to change without notice and the accuracy and completeness of the information cannot be guaranteed. It does not provide individual tailored investment advice and is for guidance only. Some rules may vary in differen t parts of the UK. We cannot assume legal liability for any errors or omissions it might contain. Levels and bases of, and reliefs from, taxation are those currently applying or proposed and are subject to change; their value depends on the individual circumstances of the investor. No part of this document may be reproduced in any manner without prior permission.