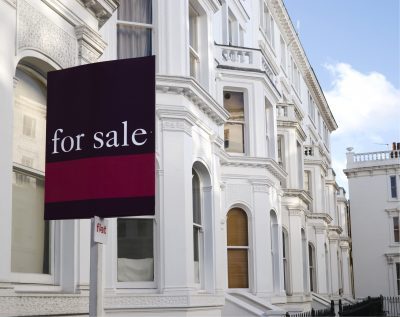 “No one will be left without hope”

In March, Rishi Sunak unveiled “one of the largest and most comprehensive economic responses in the world” to protect the UK’s population against the impact of coronavirus. The £160bn plan, the Chancellor said, was just the first stage of the government’s response to the pandemic. Four months later, on 8 July, the Chancellor stepped up once again to reveal the second phase, “a plan for jobs”.

In his speech, Mr Sunak did not shy away from the “profound economic challenges” facing the nation. He revealed that, in just two months, the economy contracted by 25% – the same amount it grew in the past 18 years. Meanwhile, the IMF is predicting that we face the deepest global recession since records began. Despite this dire outlook, the Chancellor reassured the nation “I will never accept unemployment as an unavoidable outcome” and proclaimed that “no one will be left without hope.”

After stating that a full Budget and spending review would follow in the autumn, Rishi Sunak moved on to the subject at hand, his three-step plan to ‘support, create and protect’ jobs.

Mr Sunak’s first announcement concerned the imminent and much-disputed end of the furlough scheme in October. He responded to critics’ calls for extensions to the scheme by saying it would be “irresponsible” to give people hope they will be able to return to jobs that only still exist due to furlough. Instead, he said, the government would support employers to bring back their staff with a one-off ‘Job Retention Bonus’ of £1,000 per furloughed employee, who is still employed at the end of January next year.

Next, the Chancellor turned his attention to the plight of younger people across the UK, who have been particularly vulnerable to unemployment during the crisis. In response, he announced a new ‘Kickstart Scheme’ to incentivise employers to create jobs for 16 to 24-year-olds. An initial £2bn has been earmarked for the scheme, with the government footing the bill for six months’ wages (100% of the National Minimum Wage for 25 hours a week, employers can top this wage up). He also announced measures encouraging businesses to hire apprentices and trainees.

The second part of his plan focuses on creating “green jobs” to enable a “green recovery”. Firstly, he announced a £2bn Green Homes Grant scheme which, from September, will enable homeowners to apply for vouchers to spend on making their property more energy efficient. The grants will cover at least two-thirds of the cost up to £5,000 per household. Secondly, £1bn will be made available to improve the energy efficiency of public buildings. Overall, this £3bn package could make over 650,000 homes more energy efficient and support around 140,000 green jobs.

Secondly, in order to create and support jobs in the housebuilding and property sectors, he said that people needed to feel “confident to buy, sell, renovate, move and improve.” Therefore, he announced a temporary increase in the Stamp Duty threshold from £125,000 to £500,000, effective immediately and running through to 31 March next year. He was keen to point out that this measure will mean that nine out of ten people who are purchasing a home in England and Northern Ireland, will pay no Stamp Duty.

The tourism and hospitality sectors are huge employers in the UK and have been some of the hardest hit industries during the coronavirus pandemic, with 80% of hospitality firms forced to cease trading temporarily in April. Ensuring there is enough demand is key to enabling businesses to reopen successfully, said the Chancellor. Therefore, the first measure announced was a cut to the rate of VAT applied on food, accommodation and attractions from 20% to 5%, effective from Wednesday 15 July 2020 until 12 January 2021.

Secondly, the Chancellor unveiled the ‘Eat Out to Help Out’ scheme, which he said, “has never been tried in the UK before”. In order to encourage customers back into pubs, cafes and restaurants, the scheme will offer customers a 50% discount (up to £10 per person) on sit-down meals between Monday and Wednesday in August, with businesses able to recoup the cost.

“We will not be defined by this crisis”

Summing up his speech, the Chancellor claimed that “We will not be defined by this crisis, but by our response to it.” It was his hope, he concluded, that the plan would “turn our national recovery into millions of stories of personal renewal.”